Decades ago, there was a happily married father of two who farmed his land and led a full life. Yet, when we met him, he was a 60-year-old living alone in a remote village in the Salem district. This was a far cry from his previous life. His transformative story below tells of a man who finds hope in the darkest of seasons.

When Thangavel was a young man, he worked in the Middle East. He was a hard worker who saved his earnings so that he could move to India. After the move, he met his wife, and they had two beautiful daughters. Thangavel was in agriculture and led a happy life, but sadly, he was diagnosed with leprosy, and his family moved him into a treatment hospital.

Thangavel couldn’t fathom that he had contracted this horrible disease — and even sadder was his wife’s reaction. She left the family mercilessly due to the leprosy stigma, but that didn’t dampen Thangavel’s resolve to raise responsible children. He lovingly cared for his girls until they married and moved into their new homes.

Thangavel was lonely after his daughters moved out, and he didn’t have many friends from his past. His ulcers were getting progressively worse, and he needed a miracle.

Our medical van soon arrived in his village, and we treated his wounds. Soon after, Thangavel attended our medical camp where he had his ulcers cleaned up and bandaged. He asked if he could join our hospice center — and we gladly said yes! 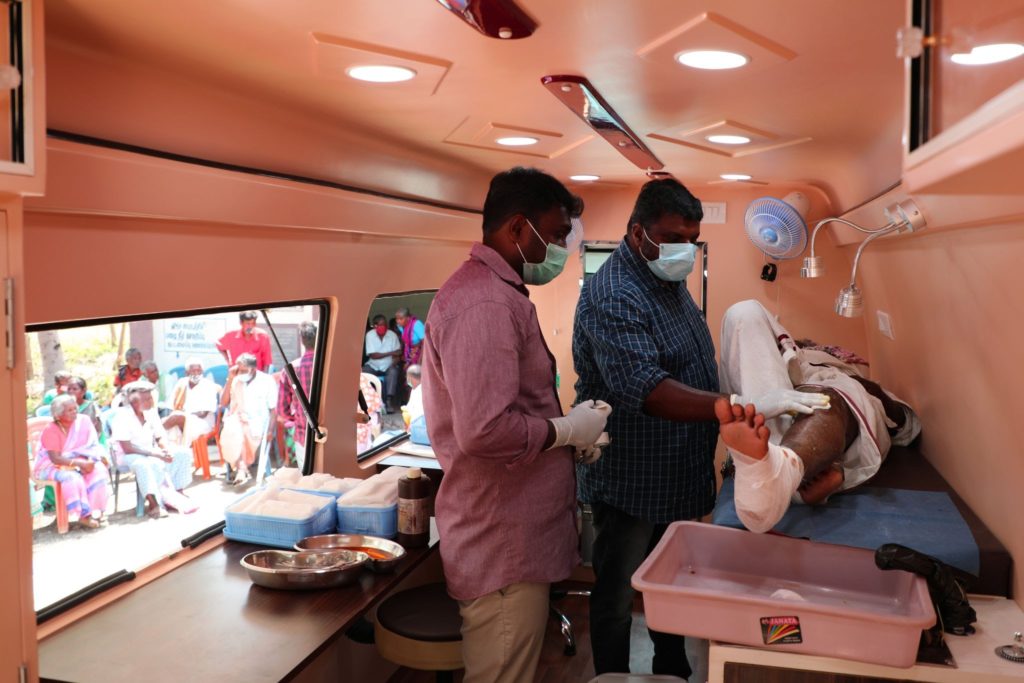 Today Thangavel enjoys regular medical care and consistent meals at our base in Coimbatore. He’s made new friends, and best of all, he’s started a relationship with Jesus!

Thangavel shared that he is very grateful to our Almighty God for his new life, the knowledge about the only true and living God and His grace, and the loving staff and the medical care from Embrace A Village. 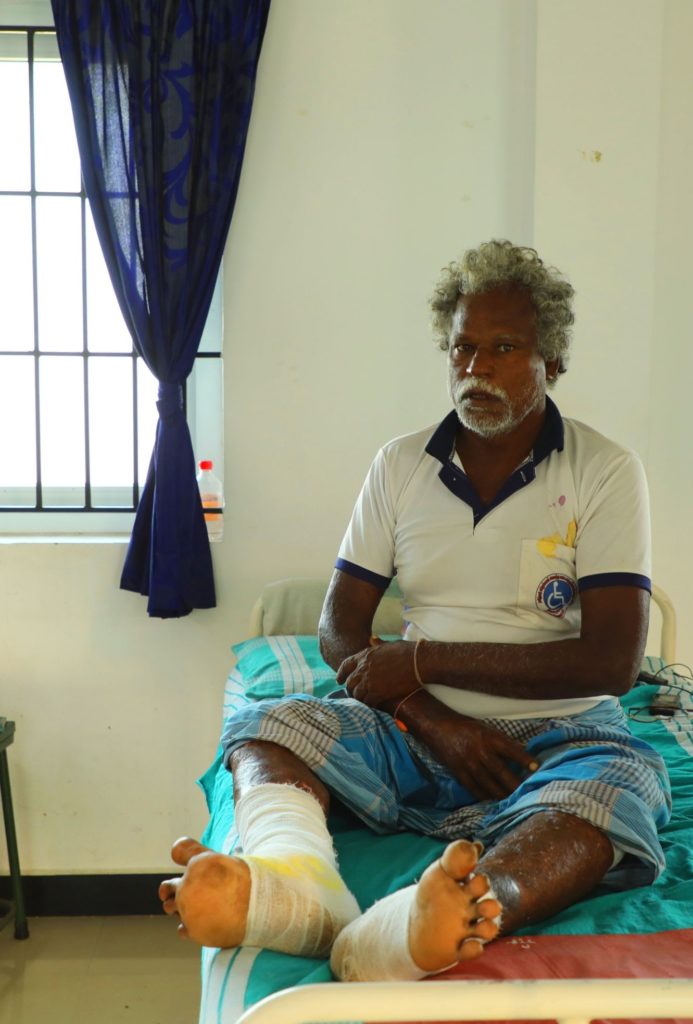 Thank you for your interest in our ministry. Whether you keep up with us in emails, on social, or both, we are grateful for your support! Please continue to keep EAV in your prayers — God is doing miraculous work! 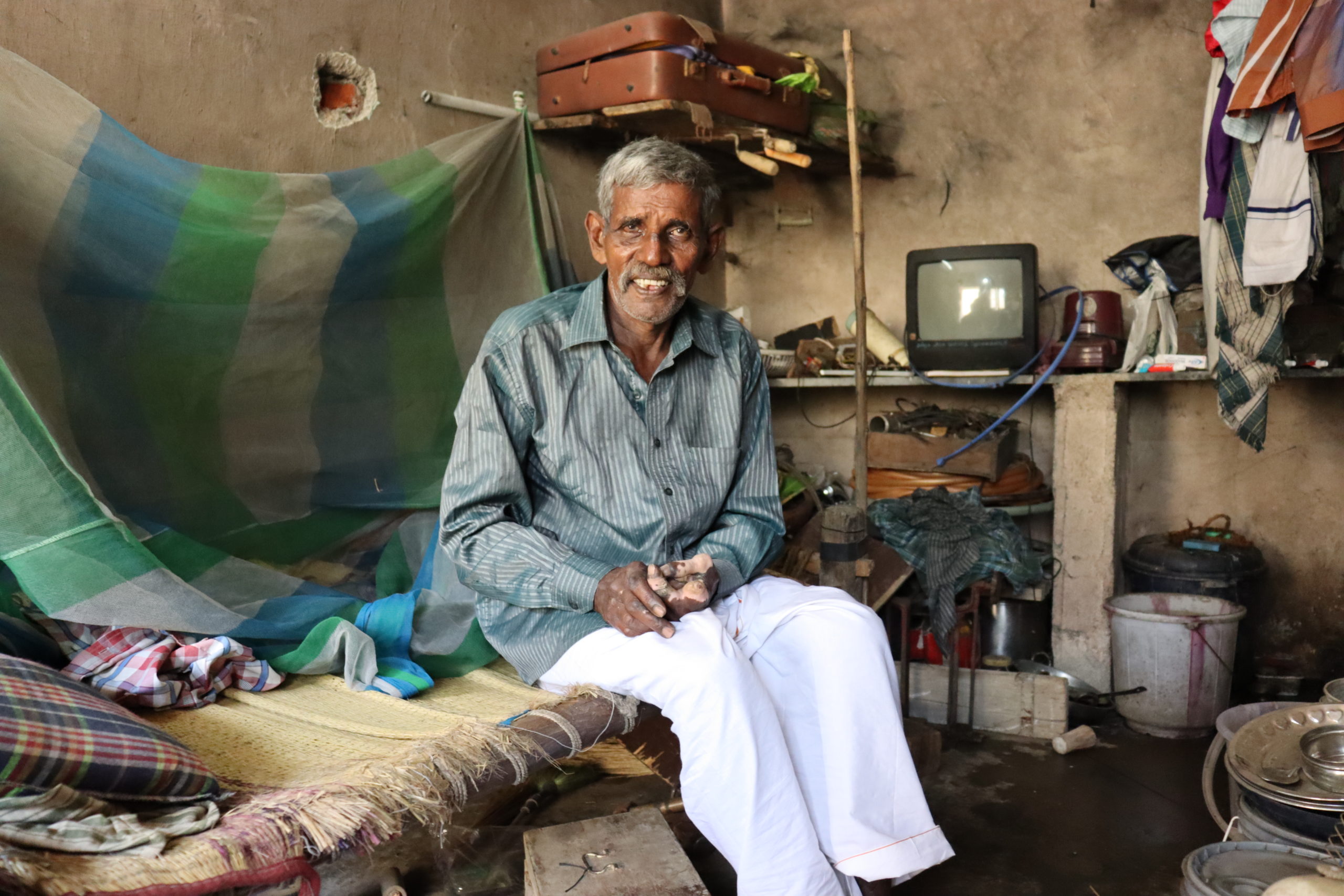 Refusing to beg, Moses worked through the pain to provide

Refusing to beg, Moses worked through the pain to provide