We wanted to pop in today and share a quick story about our friend, Sasikumar, and the impact he has left on our hearts. We hope that it encourages you! 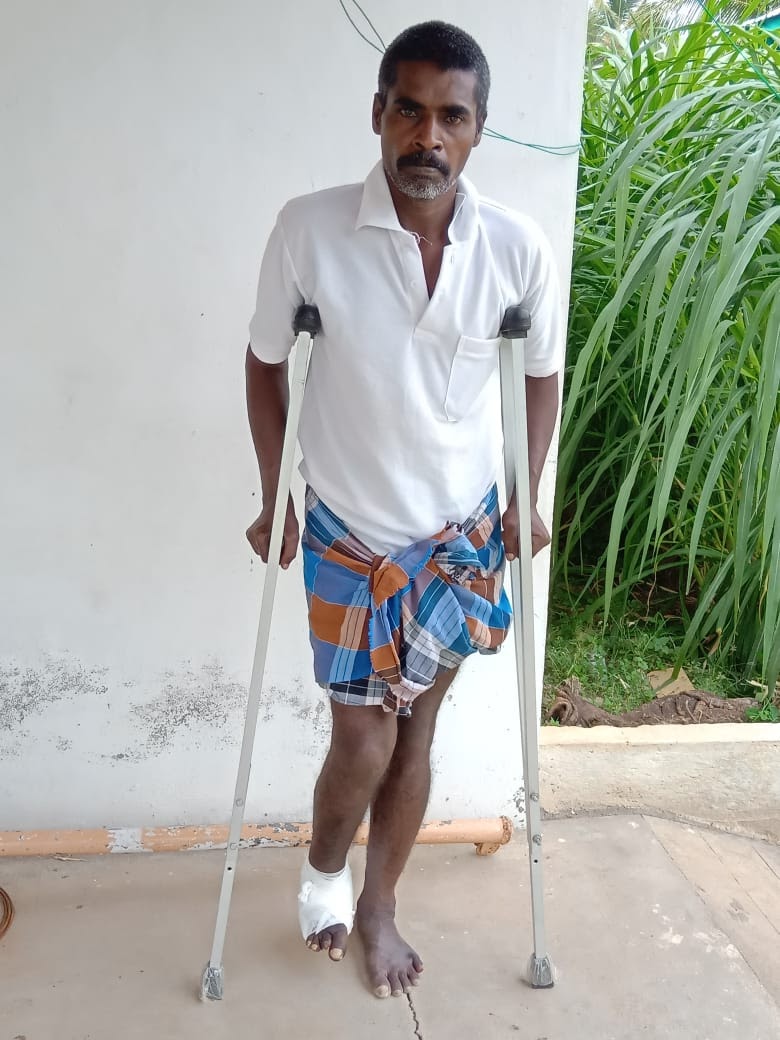 When Sasikumar was a little boy, his father passed away. He and his mother lived alone in a small village in Tamilnadu, and because of his family’s financial condition, Sasikumar started working at a young age.

In 1998 he got married and began a happy life, but one day he noticed white patches on his leg. At first, he didn’t think much about it, but soon more patches began popping up on his body.

He went to see a doctor who gave him some tablets. Sasikumar was not told he had leprosy, so he continued to work. One day after work, he noticed boils on his hands and thought it was from the heat. He was sent to a local government hospital, and there he found out he had leprosy. Sasikumar was shocked and had to stay in the hospital for the treatment. Ulcers began to form on his legs and hand, and he was heartbroken.

Sasikumar was ashamed and worried about facing his family and the village people because he knew they would reject him. His wife left him, and his mother passed away. He was all alone. He couldn’t stay in the village and had no way to make money. He started begging to survive and remained in the bus stations and footpath for many years. He thought he was going to die.

But one day, another person with leprosy met him on the street and told him about Embrace a Village. He shared all about EAV and introduced Sasikumar to the team.

When he arrived at our hospice, Sasikumar was in critical condition. He had horrible ulcers from leprosy, so we immediately cleaned his wounds and gave him the best care.

He says he never felt such love and care in his life! His chronic ulcers began to heal, and we started sharing about Jesus. A couple of months later, he was completely healed of his sores and went back to his village. He met his wife, Pandiyamml, and they were married.

Unfortunately, ulcers began forming on his legs due to a lack of care and not having the right shoes. Sasikumar came back to our hospice with his family to get help. Today Sasikumar and his wife live and serve at our rehabilitation center with one of their daughters. The other daughter serves in our hospice. 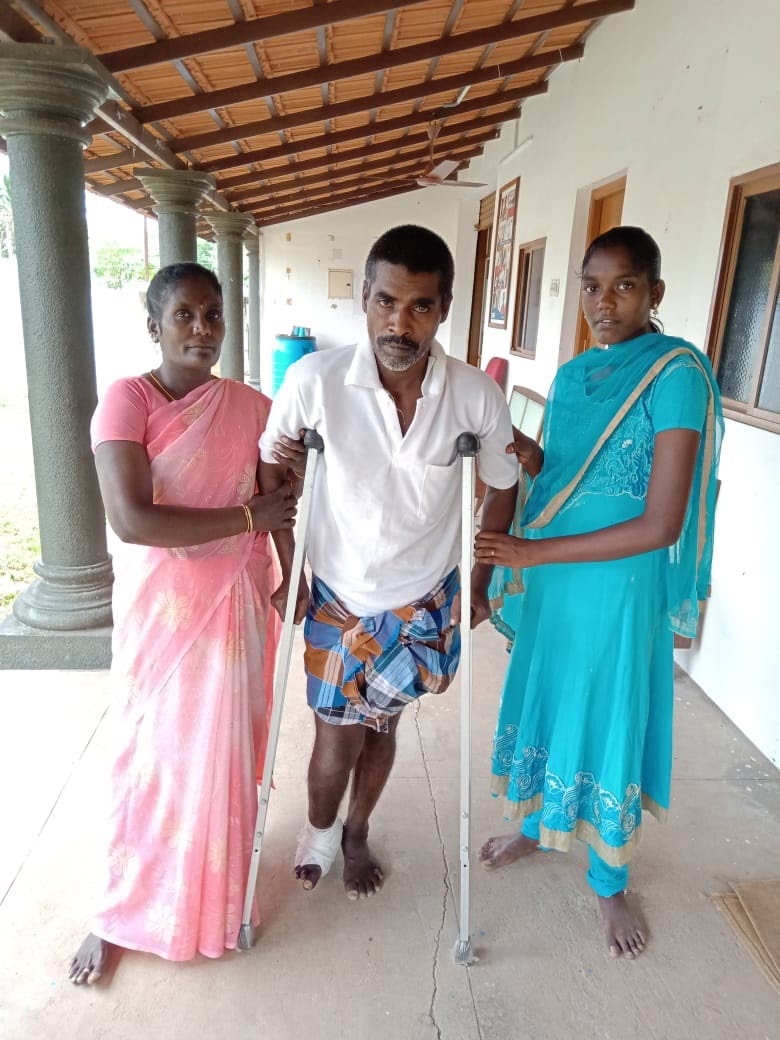 Currently, Sasikumar has a big ulcer in his leg and is under complete bed rest. He remains so joyful despite the pain and says he is blessed to have a place to stay and people to take care of him.

He is hoping and praying that he will be able to walk again and is thankful to the entire team for taking care of him and loving him. 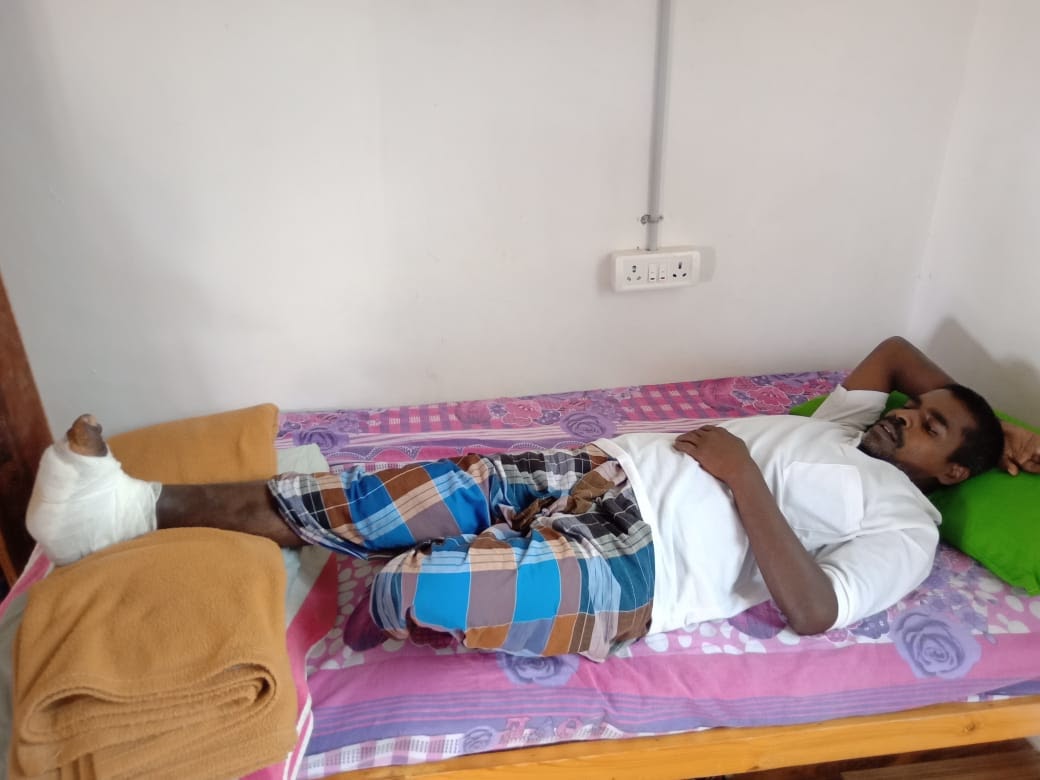 Stories like Sasikumar’s are common in India. Pain and poverty is an everyday occurrence for people suffering from leprosy, but Christ’s love and medical care is making life with leprosy manageable and even joyful.

We are so grateful for your past interest in Embrace a Village. If you’d like to read other stories about how God is moving in our rehab and hospice centers, click here to check out our blog. 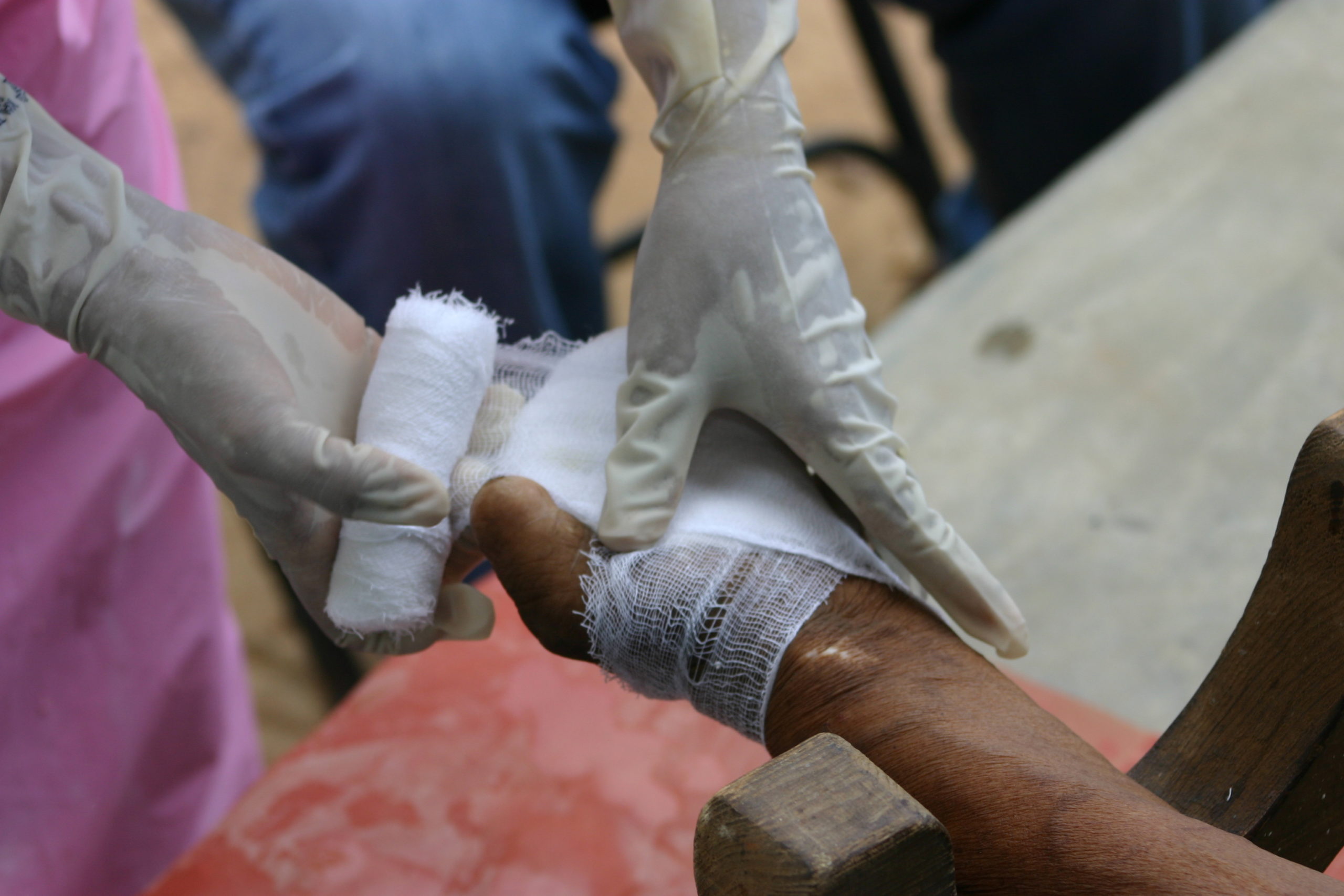 Why we teach our patients about self-care

Why we teach our patients about self-care