Find Out More About What Makes Us Tick 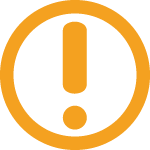 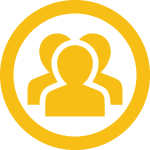 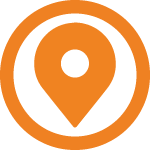 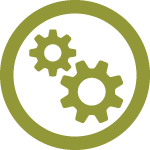 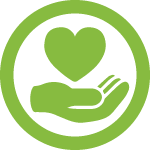 The King will reply, ‘Truly I tell you, whatever you did for one of the least of these brothers and sisters of mine, you did for me.’”

This passage from Matthew is the foundation of our ministry. Jesus’ words inspire us as we continue to serve God by helping those affected by leprosy in India. The verses also act as a constant reminder to us that these people–these brothers and sisters of ours–are why our ministry exists.

We extend our help to a diverse group of individuals: men, women, the young, the old, those with leprosy, and the family members of those with leprosy. They have been ostracized because of their association with the disease, but each person–each beautiful face–has a story to tell.

The World Health Organization (WHO) reports having treated more than 16 million people for leprosy internationally since the mid-nineties. The global incidence rate, the number of new cases reported annually, has dropped significantly during this twenty-year period as efforts to eliminate the disease have been increased. Once as high as 750,000 cases per year, the incidence rate has been declining overall since the early 2000s. The latest WHO data show a drastic reduction to 213,899 new cases worldwide in 2014. Unfortunately, leprosy remains a serious problem in some countries.

India accounts for over 50% of all new cases of leprosy, and despite the downward trend in the global incidence rate, India has seen a slight increase in their national incidence rate in recent years. These statistics, of course, represent only the new cases and do not reflect the number of individuals who already are suffering from the side effects of the disease. 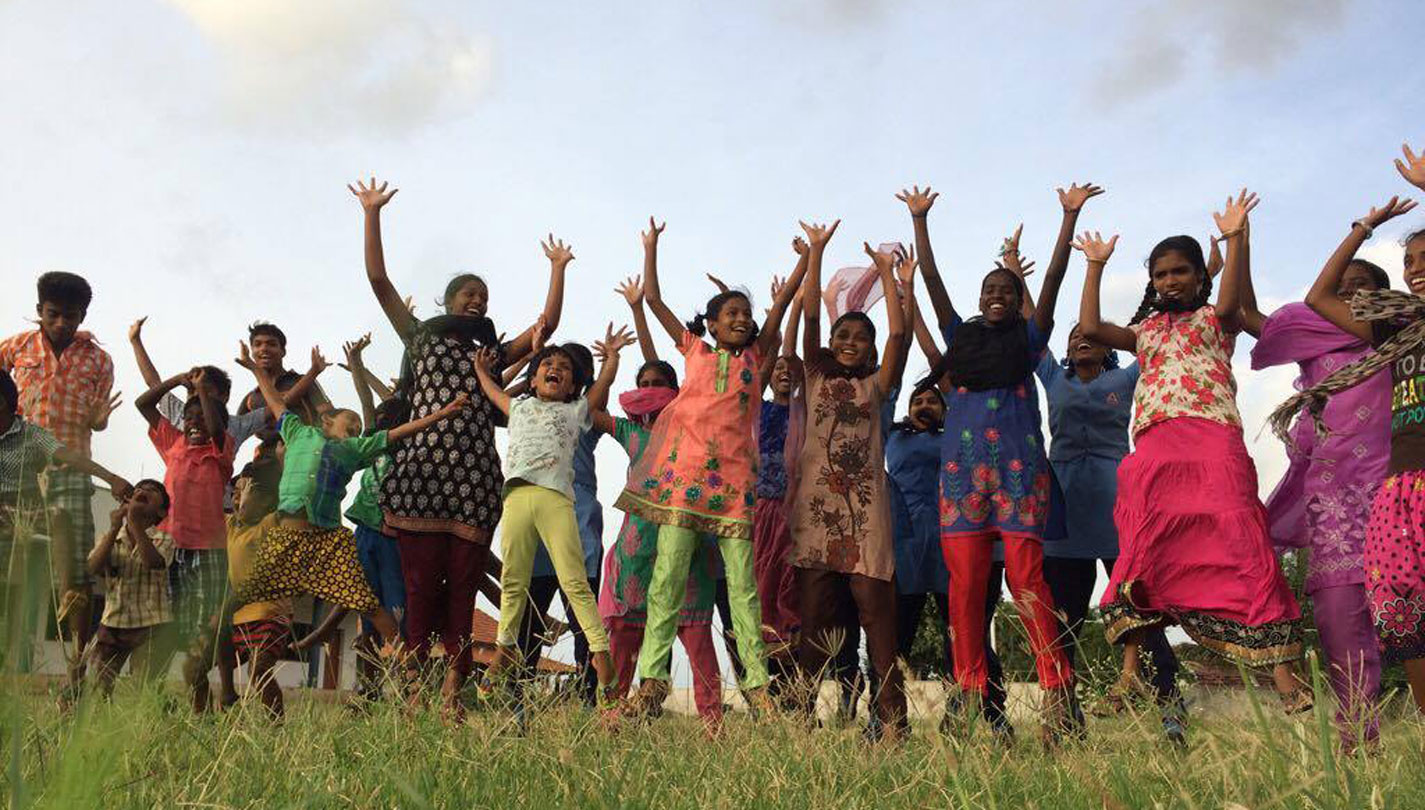 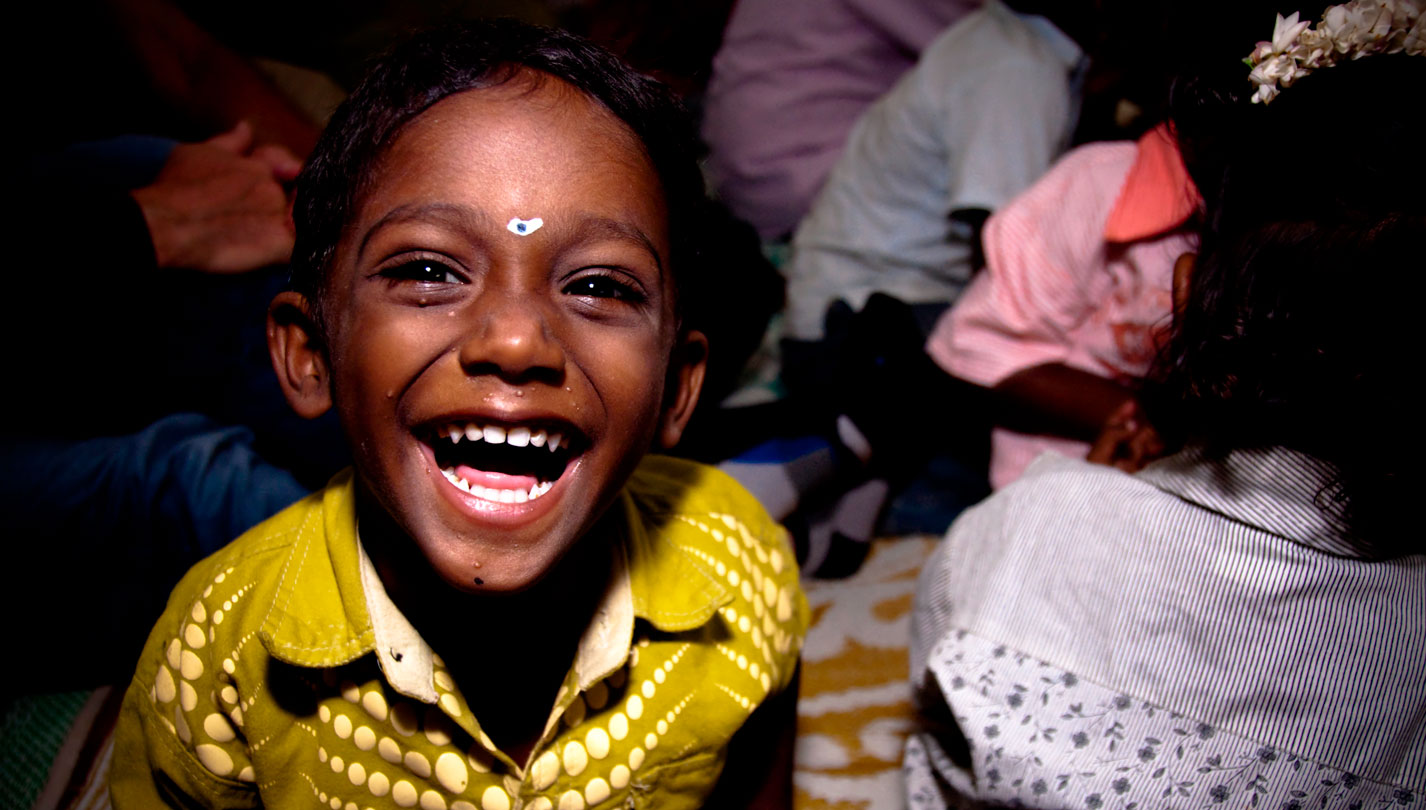 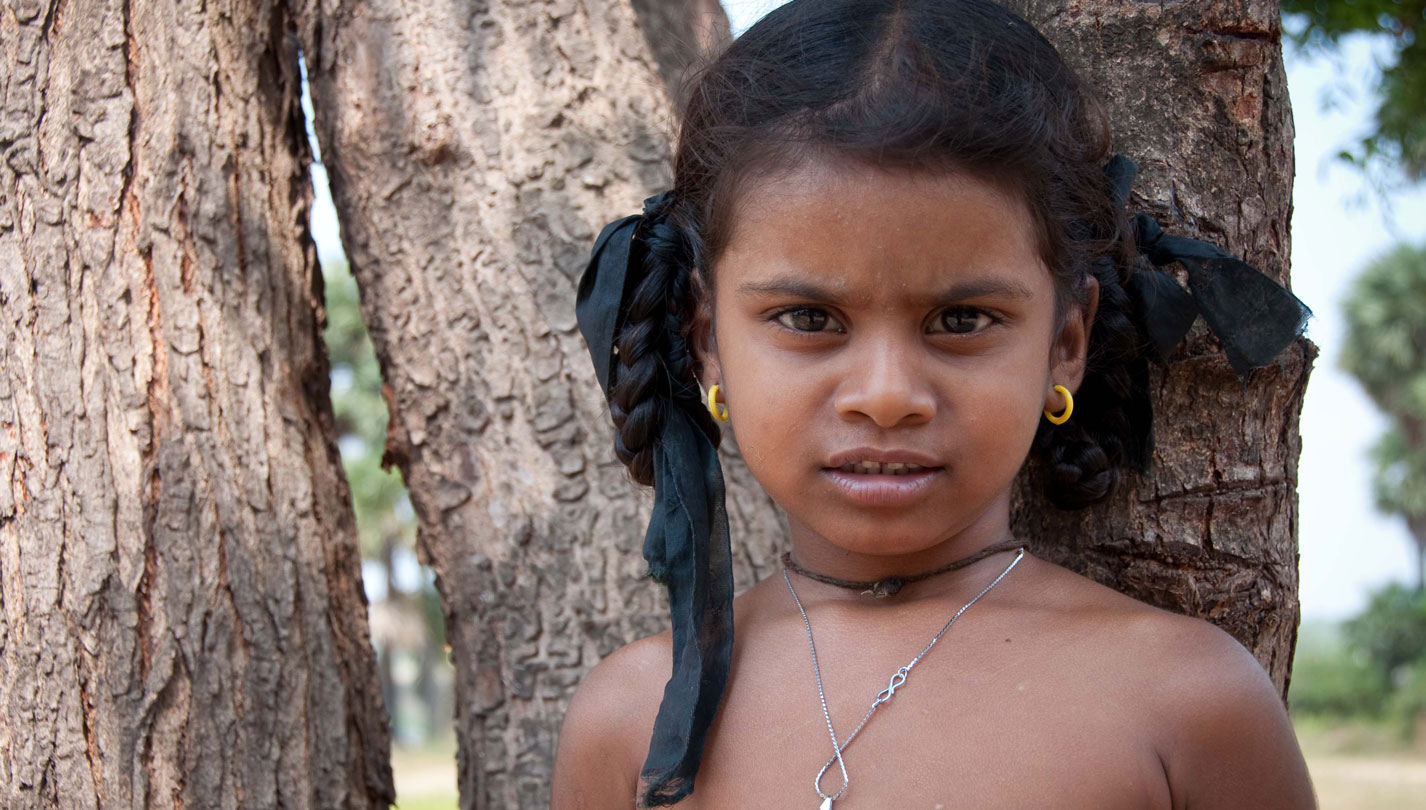 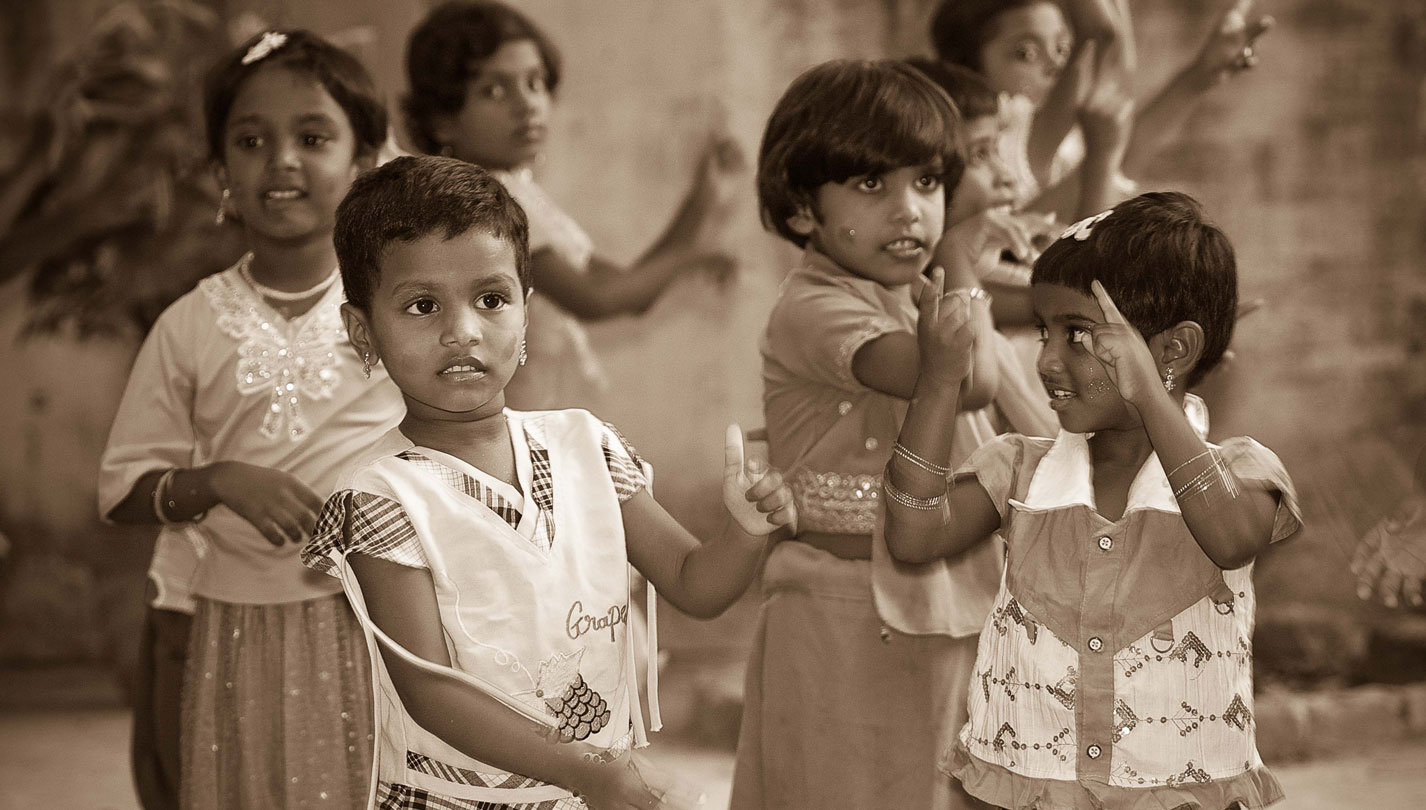 Anyone–young, old, rich, or poor–can contract leprosy, and a diagnosis is life-changing, and often devastating. Although early diagnosis and treatment can prevent permanent disfigurement and disabilities, many people hesitate to seek assistance because of the stigma that exists in India toward those with leprosy. People with the disease are shunned by the same society that once accepted them, and many are rejected by their own family members and friends. They are shamed and made to feel worthless. They become hopeless, and in most cases, attending spiritual services, pursuing careers, or simply being a productive part of their communities are no longer options for them. As the disease progresses without treatment, permanent disfigurement and physical disabilities are part of their new lives. Begging becomes a common means for survival. Some, particularly the elderly, cannot care for themselves and are left to end their lives without any hope for happiness or fulfillment.

Remarkably, it is not only the person with leprosy who is cast out of society. Family members, although healthy, may be ostracized merely because of their relationship to someone with the disease. Pushed aside, those with leprosy and their family members likely will live in a leprosy colony outside of mainstream society. While this is unfair to everyone, the children of those with leprosy are impacted significantly. They are equally stigmatized and are denied access to many privileges, such as a quality education. With few opportunities available to them, these children grow up having little hope for a future outside of the colonies. The most probable outcome, sadly, is a perpetuation of colony life. Children often remain in the colonies with their families, and one day, they likely will raise their own children there as well.

We witness powerful transformations in the lives of the people we serve. Spirits are uplifted, and physical suffering is alleviated.

Many experience the true love of Jesus Christ for the very first time as we share His message of hope and healing. Some find meaning in Christ through their own suffering. They recognize the disease that has isolated them has simultaneously allowed them to hear the loving truth of Jesus.

Invigorated by the positive experiences, individuals become vessels to revitalize the colonies in which they live. People, once made to feel worthless, now feel empowered and have a sense of dignity. Some who have been treated for leprosy themselves have been uplifted by what God has done for them and have felt called upon to help meet the needs of others by helping to administer wound and bandage care. A vibrant, joyful energy radiates from within the communities as people’s spiritual and physical needs are being met.

Children also have a brighter future. Through after-school tutoring and our Little Lights program, many of them are excelling in school and have plans to attend college. These children are the future of India. It is our hope that they will integrate into mainstream society and help to break the perpetuation of colony life.

Embrace A Village works across the state of Tamil Nadu.  Teams travel 2400 miles a week to provide medical services, the approximate driving distance from Charlotte, North Carolina to Los Angeles, California. We have bases in Chennai (the capitol of Tamil Nadu), Coimbatore, Kumbakonum, Attur, and Thanjavur. We provide services to multiple villages in each of these sites. 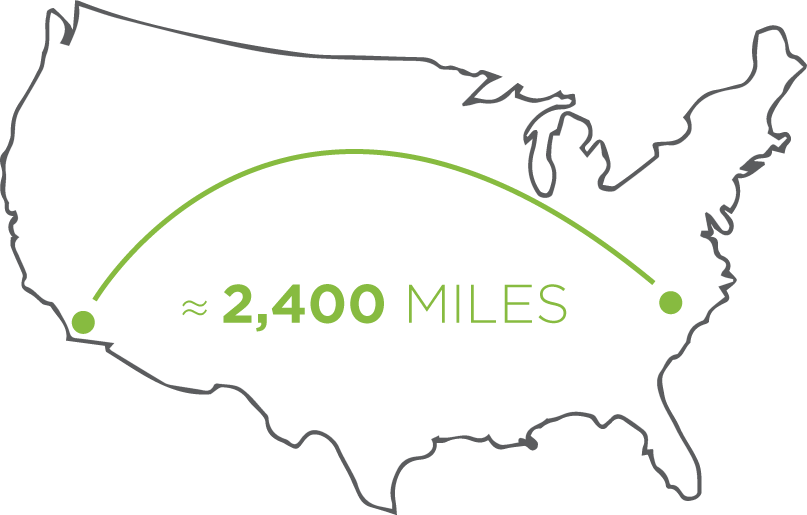 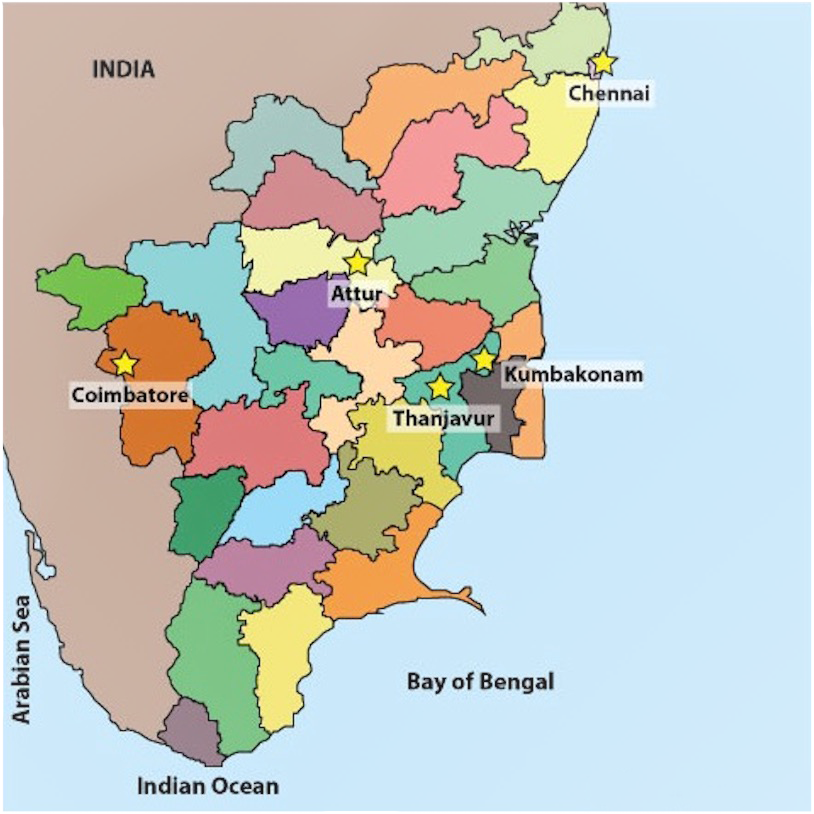 Our greatest joy has been seeing the expansion of our services over the last ten years. In 2003, we were able to provide support for five colonies. Today, we are serving in more than 35 colonies throughout Tamil Nadu, with a vision to expand Jesus’ message of hope and healing across all of India. We are truly thankful for how God has blessed this work and the people involved, both those in service and those receiving care.

Much of this growth is due to the loving hearts of our Embrace A Village team. In fact some of our staff have grown up in colonies themselves. Each day, they work long hours providing medical services, shoes and foot care, hygiene information, rice and nutrition advice, day care and educational programs, a hospice center for the elderly, and spiritual services to the residents of the colonies. Their heart and love for God and their fellow man is inspirational

Through after school tutoring, school grades of many of the children are improving. Through better education they have a more realistic hope for a better life and future.

We see successes in every colony. In one case, a well was desperately needed to combat the effects of a long-term severe drought. However, the rock layers in the area were so thick that it seemed impossible to dig a well, and the plan for one was abandoned. In closing out the digging efforts with prayer, the drilling team was overcome with conviction and with renewed energy and wanted to try one more time. As God’s provision would have it, they hit water very quickly!

People in the leprosy colonies are very receptive to the services of Embrace A Village and to hearing our message of hope and healing. Victims of leprosy live broken lives – yet they maintain hope for their children, for a more secure future, and for dignity.

Our services help make hope a reality. Most importantly, the spiritual comfort brought through God’s Word brings acceptance, joy and healing to their lives. Many have come to know God’s love for them and that He has an eternal promise for each person. God is making a difference!

Learn More About How We Serve…

HOW WE SERVE
MAKE AN IMPACT

When families are rejected from society, it’s no

Embrace a Village has grown to serve 35 villages,